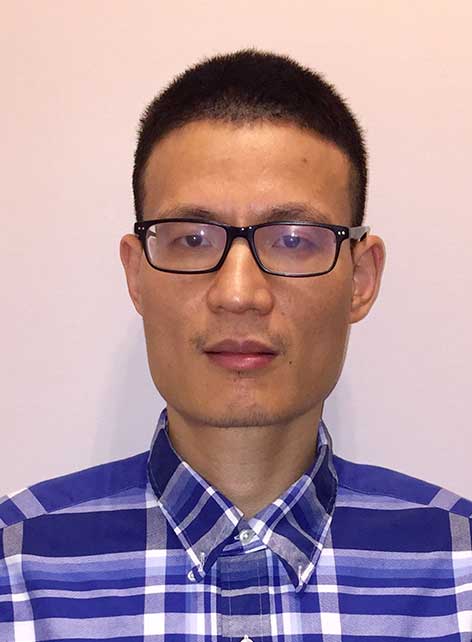 Biography: Dr. Xingyi Guo obtained his PhD in bioinformatics from Zhejiang University in 2008, and completed his postdoctoral training in functional genomics and bioinformatics lab, at Albert Einstein College of Medicine from 2008 to 2013. After postdoctoral training, he joined Vanderbilt as a Research Assistant Professor in the Department of Biomedical Informatics in March of 2013, and then joined the Division of Epidemiology in November of 2013. He was then converted to the tenure-track as an Assistant Professor in 2017. Dr. Guo has a strong track record on studies of bioinformatics, genetics and cancer epidemiology. He has more than 40 peer-reviewed publications in these fields. His research currently concentrates on genetic epidemiological studies aiming to identify putative causative genetic and epigenetic factors for cancer risk and outcome using bioinformatics and functional genomics approaches. 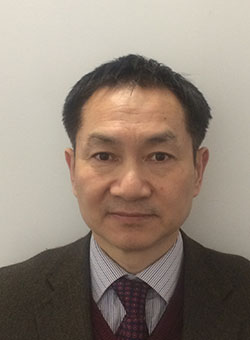 Biography: Dr. Ruoling Chen is the Professor of Public Health and Medical Statistics at the University of Wolverhampton, UK. He was awarded a PhD degree from the University of Aberdeen, UK in 1997, after studying medicine and medical statistics in China. Dr. Chen worked at the Universities of Liverpool, Dundee and London (UCL and KCL) as a lecturer, senior lecturer and principle investigator respectively, for 20 years. His research areas and expertise include epidemiology and global public health. Dr. Chen is the Lead for Global Health and Epidemiology at the University of Wolverhampton. Currently he supervises four PhD students and leads a research group including post-doc researchers and senior academic staff to work on new risk factors and care for dementia. Dr. Chen has published widely in epidemiology and public health research fields.

Topic: Air Pollution and Dementia Risk – where is evidence?

Abstract: Objectives. Air pollution is associated with increased risk of respiratory and cardiovascular diseases, but it’s a/ssociation with dementia is unclear. The aim of this study is to assess the evidence of impacts of air pollution on the development of dementia, and its possible pathological mechanisms.
Methods. We systematically searched literature and identified seven population-based studies on the topic and a number of articles on the mechanisms.
Results. In seven studies one was case-control and six were cohort studies with 11-16 years follow-up, and the number of participants varied from 871 to 2,165,268. Six studies measured at least one of air pollutants of nitrogen oxide(s), nitrogen dioxide, small/larger particulate matter, Ozone and carbon monoxide, while one study investigated the residential distance from the nearest major road as pollution indices. Although there were variations in pollutants assessment and in data analysis methods, all studies showed a significant association of air pollution with the risk of dementia, except for one measuring ozone exposure (adjusted hazard ratio 0.98, 95%CI 0.96-1.00). Our meta-analysis demonstrated significant associations of different air pollutants with increasedrisk of dementia. There are several hypotheses about the impacts of air pollution on dementia, and the neuroinflammation is a main focus to be studied.
Conclusions. The evidence to date is coherent in that exposure to a range of air pollutants has increased the risk of dementia. There is insufficient evidence at present to comment on consistency, in view of the different indices of pollution, the limited number of studies, and the probability at this stage of publication bias. However, plausible neuroinflammatory mechanisms have been demonstrated and the evidence as a whole suggests that ambient air pollution contributes to the development of dementia. 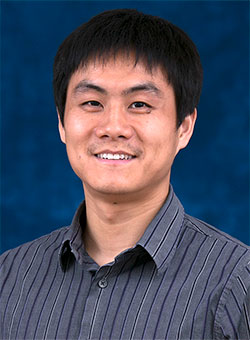 Abstract: Millions around the world are chronically exposed to environmental hazards including air pollution, solid waste, hazardous waste discharge and drinking water contamination, as a result of the legacy of industrial development and processes. Environmental equity across residents and communities became an increasingly important issue especially for disadvantaged communities. Using Indiana and City of Indianapolis as examples, the Multi-layered Data Community Action Tool (MDCAT) was created to provide vulnerability index of environmental burden across local communities (http://hecap.net/). Dr. Wang’s research team leveraged MDCAT to successfully convince Indianapolis Office of Metro Development to include environmental equity in Indy2020 Indy Land Use Plan. The expansion of this tool for scenarios under the threat of climate change has also been archived by the US Climate Resilience Toolkit. Dr. Wang has shared his insights of impact-oriented research with a US-China State Government sponsored delegation of Chinese universities and CDC researchers in 2017. 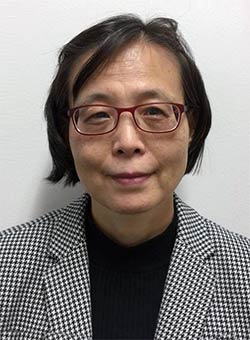 Biography: Dr. Serena Kuang received her PhD in Neuroengineering at Clemson University in 2014. She is an assistant professor in the Department of Biomedical Sciences at Oakland University William Beaumont School of Medicine. She teaches M1 and M2 medical students Physiology and Neuroscience I courses and conducts research in the field of electrophysiology. She is specialized in the study of the behavior of the cultured neuronal network and the microelectrode array (MEA) technology. The coupling of the two establishes an in vitro neuronal network platform, which enables research studies with a wide spectrum of purposes involving multiple disciplines such as pharmacology, neurotoxicology, neuroscience, and neuron-based biosensor development. She and her coworkers pioneered the investigation of a rarely used but abundant and economic cortical neuron resource, chick forebrain neurons (C-FBNs), conducting fundamental works to characterize the morphology, development, and function of the neuronal networks formed from dissociated C-FBNs and cultured on the MEA chips. Their work demonstrated that the C-FBNs are able to achieve long-term lifespan with both stability in the electrophysiology and sensibility toward environmental changes, thus are a valuable, convenient cortical neuron resource to be utilized as a novel model of an in vitro neuronal network.

Topic: Chick Forebrain Neurons on A Microelectrode Array: A Novel Functional Platform for a Wide Spectrum of Research Purposes

Abstract: The development of the microelectrode array (MEA) technology has remarkably accelerated in vitro electrophysiological studies using the cultured neuronal networks. The most widely used animal neurons are rodent cortical neurons. However, the cost of rodent cortical neurons limits the use of rodent neuronal cultures in a large scale. We have explored an abundant economic cortical neuron resource - chick forebrain neurons. In this presentation, we will report that we have 1) successfully established a long-term stable chick forebrain neuronal network on the MEA platform; 2) characterized it morphologically, functionally, and developmentally; 3) tested its responsiveness toward several classic neuroactive agents; 4) partially compared its physiology and pharmacology with the rodent counterparts; and finally, 5) partially evaluated its sensitivity and stability, and its potential as a novel functional platform for a wide spectrum of research purposes. 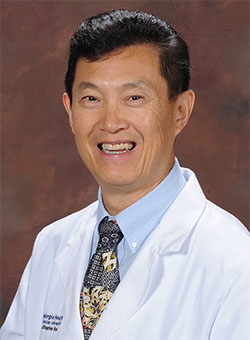 Biography: Dr. Stephen Hsu earned a bachelor’s degree in biochemistry from Wuhan University, a Master of Arts degree in molecular biology from Montclair State University and a Ph.D. in cell biology and anatomy from the University of Cincinnati, College of Medicine. He completed a postdoctoral fellowship at Memorial Sloan-Kettering Cancer Center in New York City. Dr. Hsu joined the Augusta University, formerly the Medical College of Georgia, in 1999 and is currently a tenured professor. He is a world-renowned expert in green tea polyphenol research and inventor of green tea technology-derived products and medications, which treat dry mouth, dandruff, hair loss, cold sores, and viral infections with natural ingredients. Dr. Hsu received the Ruth L. Kirstein Research Service Award from the National Cancer Institute. His most recent NIH project is to test the virucidal activity of lipophilic EGCG against norovirus. He was awarded a number of patents on novel technologies targeting autoimmune diseases, herpes simplex virus, virus-induced infections, and salivary dysfunction (xerostomia or dry mouth). Dr. Hsu has been selected as a TED Talk speaker in 2014. He received the International Association for Dental Research (IADR)/GSK Innovation in Oral Care Award in 2011. In 2015, he received Georgia Bio Innovation Award for his unique inventions. Also in 2015, Dr. Hsu received Oral Discoveries & Inventions Award from Georgia Dental Association. Dr. Hsu is also a recipient of two overseas talent awards (Wuhan 3551, and Hubei Chu-Tian Scholar) from China.